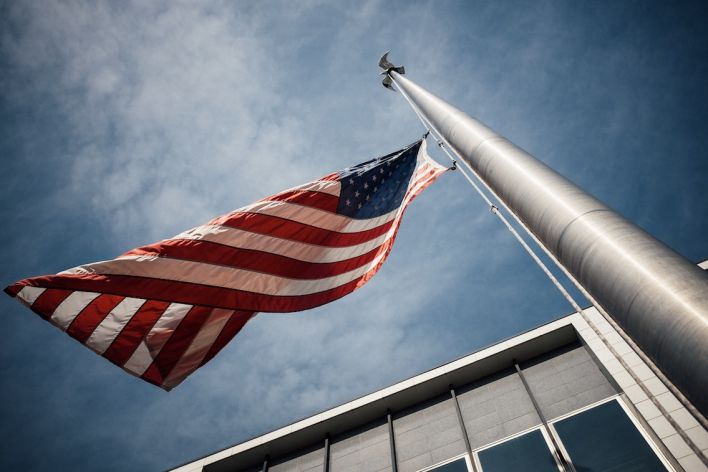 Presidential and Congressional election cycles draw out emotions of uncertainty and concern as well as excitement and anticipation. Election result questions often arise surrounding how potential changes in law and policy will affect particular stocks, sectors, and the stock market as a whole. Additionally, investors are curious about the lead up to the election. History can provide a guide for market performance and volatility, but the election is not the only factor affecting stock performance during election and post-election years. Those other factors, whatever they may be in a given year, potentially drive market performance and volatility more so than the election.

Markets loathe uncertainty and few known events are as unpredictable as an election. History shows us volatility has increased in the months leading up to the election and continues in the days following as the market digests the impact of potential policies on businesses and individuals. A look at the S&P 500 market activity on the night of the 2016 election is a perfect example of the potential volatility. Going into the election, Hillary Clinton was ahead in most polls and expected to become our next president. However, as states began reporting results and it was becoming more apparent Donald Trump would prevail, the S&P 500 futures had dropped by 5%. By market close the following day the index had returned over 1% and posted a gain of 5% at the end of the year.

Each government combination which can result from the election has ramifications on investments. Different presidential, House, and Senate combinations have historically had a meaningful impact on investment returns. Jurrien Timmer, Director Of Global Macro For Fidelity Management & Research Company, researched market returns along with each government combination dating back to 1789 to produce the findings in Exhibit 1. 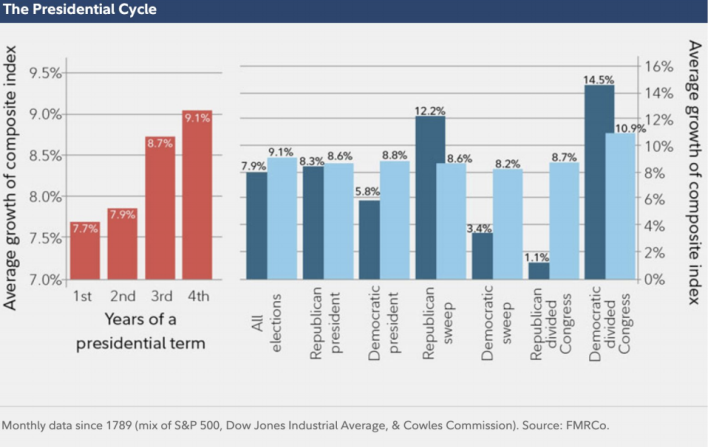 From the graphic we deduce:

In a separate study by Blackrock, the firm looked at market returns when a new President is elected versus the incumbent winning reelection. This study shows data from 1928 - 2019.

Historical performance shows an incumbent election victory has rewarded investors with 4.1% outperformance versus a new president and 2.1% over all presidential elections. The dropoff in returns for a new president can partly be attributed to the unknowns brought on by the new administration and the policy implications. Mentioned earlier, markets do not reward uncertainty.

Politics have long been a topic which elicits emotions from both sides of the aisle. Allowing these emotions to drive investment decisions can derail a well-devised financial plan. Likewise, trying to predict the outcome of the elections and the market’s response may not be a worthwhile endeavor. Keep eyes on the bigger picture and take a long-term view.